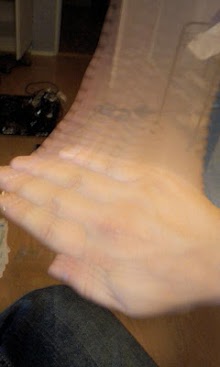 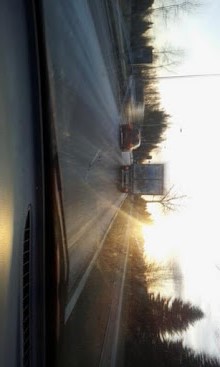 Create cool and unique photos with motion in them. Motion Camera blurs movement of objects into to your photos. Cars, people, you name it.
Check out our latest free game: Hill Climb Racing. It’s a fun and addictive driving game where you reach further distances and upgrade your car.
Check out our latest release the Cartoon Camera! It’s one of the coolest FREE Android apps out there. You can create cool cartoon style images with it and the effect is shown in realtime!
This is the fully featured free version with advertisements. If you don’t like ads there’s also an ad-free version available for you.
Features:
– Real-time motion effect
– Save images quickly by a single touch of a button
– Supports auto focus (tap anywhere on the screen)
– Supports camera flash
– Supports front camera (requires Android 2.3+)
– Supports zoom (slider on the left side of the screen)
– Adjustable motion effect strength (slider on the right side of the screen)
– App can be installed to SD
– Saved images are stored to external storage under MotionCamera folder
Motion blur also has 3 different presets:
– Motion blur everything: Blurs everything together
– Motion blur light objects: Tries to keep light objects sharp
– Motion blur dark objects: Tries to keep dark objects sharp
We have tested this with following devices:
– Samsung Galaxy S2 (works very smoothly)
– Samsung Galaxy Mini (works ok)
– Motorola Defy (very poor framerate, still works though)
Known issues:
– Image orientation is incorrect on some tablets
To sum it up, this camera requires a high-end device to run smoothly.
If you have any issues with this app, don’t hesitate to contact us at [email protected]
———————-
QUICK TUTORIAL
———————-
How the images listed in the screenshots were shot?
1, 2: Driving a car during night (getting light trails)
– Tried to hold camera very still (you’d get nice curves on the trails if you move the cam)
– Motion effect set to around 90%
– Motion preset was set to: Motion blur light objects
3: Driving a car during day
– We were driving a car at about 25mph (40km/h) and kept the phone steady on the passengers seat.
– Motion effect set to around 70%
– Motion preset: Motion blur everything
4: Waiting at traffic lights
– Motion effect was set to 65%
– Motion preset: Motion blur everything
5: Hand swipe
– Holding camera while sweeping my hand through cameras view
– Motion effect set to around 95%
– Motion preset: Motion blur light objects
General tips:
– If you try to capture a moving object, for example a car. Keep your phone very steady to get sharper background. If the car is lighter than the background, try using blur light objects, if it’s darker try using blur darker objects setting.
– To achieve light trails during night time, use high motion effect value (70% or more) and set preset to “Motion Blur Light objects”
– Try different combinations, we’re sure you can create very cool photos with this camera!
Like us on Facebook and stay tuned for all new cool releases and updates: facebook.com/Fingersoft