Home»Game»Clash of Clans (COC) Tips – How to Detect Mines and Resourceful Collectors?

Clash of Clans (COC) Tips – How to Detect Mines and Resourceful Collectors?

It is a simple detail that can make the difference in an attack. Not always all the resources are in the stores, and often happens that perform different attacks, sometimes steal many resources and not others. But it is this?

To detect which collectors have resources inside look detained mind these images, in which we compare elixir collectors and mines filled with others who are not. 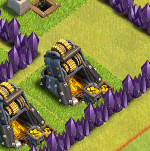 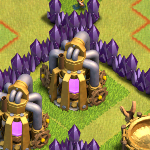 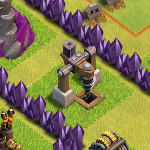 and you can see clearly that every collector has a visible place where stores resources. Thus, we can detect when it is convenient to make a blitzkrieg attack and to take a good haul without spending a lot of troops.

This detail is crucial when you are doing farming. For those unfamiliar with the term, farming is told only when we try to gain resources, regardless of the cups. With this technique, one tries to steal a lot of resources, spending as little as possible.

Well, you have it! Now it’s just a matter of paying a little more attention to when deciding to attack clash of clans users to achieve steal large amounts of coc resources. I hope you have been helpful.