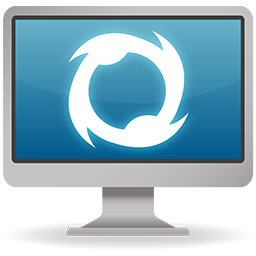 jv16 PowerTools is the ultimate Windows Optimization, System Cleaning and Error Fixing Utility Suite. The program allows users to remove hidden traces of previously uninstalled software, to clean the Windows registry for optimal performance and stability, and to fix many registry-based problems with a single mouse click.

This suite containing 33 different tools. Each of these tools is carefully crafted with the experience of over 15 years of Windows utility and registry cleaning experience to form a solid foundation to give you a smoother and faster computer.

The highly improved multilingual user interface allows the software to be used in all major languages, while automatic backup and safety features make the program very safe to use.

jv16 PowerTools contains awesome performance and user interface improvements to offer its ever expanding user base an elevated level of Windows performance, security and control.

Having been in the market for more than 15 years, the popularity of jv16 PowerTools X continues to create impact as it enhances usability of your Windows personal computer by making it faster and operate smoothly.

The release was made alongside an industry-wide benchmark report showing jv16 PowerTools achieving up to 14 percent improvements in PCMark 7 benchmark scores and up to 68 percent improvements in the Windows startup speed. Using different computers and Windows operating system versions, the jv16 PowerTools product was able to improve the Windows startup time by 38 seconds on average.

The Best Tools for Windows included in jv16 PowerTools:

Other Awesome System Utilities for Windows included in jv16 PowerTools:

What’s New in jv16 PowerTools 2016:
1. New feature: Home screen feature in the main window shows you a summary of your computer’s health and performance, with shortcuts to the relevant tools to repair any detected issues. The home screen also allows you to see the progress of how these numbers changes over time, such as after using jv16 PowerTools.
2. New tool: Startup Timer measures the time your computer takes to start up. It also measures the impact of all your automatically starting software have to the system startup to allow you to see exactly what is making your computer start slowly.
3. New tool: Pictures AntiSpy allows you to remove privacy threatening metadata from your picture files. The feature can be used manually or it can be set run automatically.
4. New tool: Windows AntiSpy allows you to disable the privacy threatening features of Windows. NOTE: Not yet available for testing in this beta version.
5. New tool: Easy Mass File Renamer offers an easier way to rename many files at the same time. The previous Mass File Renamer tool is still available for more advanced and customized mass file renaming operations.
6. Improvement: The System Health measurement has been completely updated to give you a more exact and detailed rating of your computer’s health. Furthermore, it is now ran as a background process, meaning you no longer have to wait for it to complete. It runs periodically on the background without using much if any system resources.
7. Improvement: Fully redesigned user interface for easier user experience and the new user interface also works better with different screen sizes.
8. Improvement: Fully rebuilt Startup Optimizer allows you to easily speed up the Windows startup without removing any software. The new Startup Optimizer supports disabling the optimization per individual software and its implementation no longer requires the use of multiple starting processes.
9. Improvement: Clean and Fix My Computer has been renamed to Clean and Speedup My Computer and the tool contains dozens of improvements to allow a safer and more optimized user experience.
10. Improvement: Major improvements in the Startup Manager. For example, it now can show the impact each automatically starting software has to the system’s startup speed. This impact measurement is collected in real-time while the system starts by the Startup Timer and it offers greater detail compared to Windows 10’s Startup Manager’s “Impact to startup” rating. The Startup Manager can now also show detailed data of the resource usage at startup time per starting software, for example, you will be able to see how much system memory each starting software used during startup.
11. Improvement: Major improvements in the Software Uninstaller for more accurate listing of installed software, as well as improved software uninstallation ability.
12. Improvement: The Initial Setup of the software now needs to be run only one time – instead of once every 15 days of the previous versions – and it also takes less time to run.
13. Plus, hundreds of smaller improvements and bug fixes.

NOTE: Not all improvements and fixes are yet included to this beta version, they are still under internal testing and will be included later.