Home»iphone»Drugs, Nudity and Glamor – this is Kim Kardashian’s own emojis – Kimoji App

Drugs, Nudity and Glamor – this is Kim Kardashian’s own emojis – Kimoji App

Kimoji Emoji app do not work as usual emojis, but are small images that you copy and paste in the message field. They can furthermore not to use on either Facebook, Instagram or Twitter. And not only that, so the app costs $1.99 and has an age limit of 17 years because of “objectionable content”.

Kim has namely a lot of naked emojis but also some cannabis and alcohol symbols.

And the fans are complaining that Kim will charge for the Kimoji app. 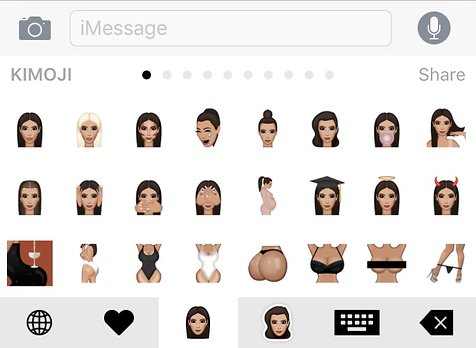 “regretting my purchase of the kimoji app right after downloading it”

But despite all complainants have the Kimoji iphone app yet after only a few hours crashed because of too many downloads.