Free How to Make Origami App 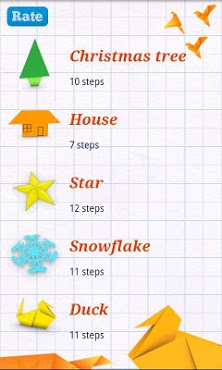 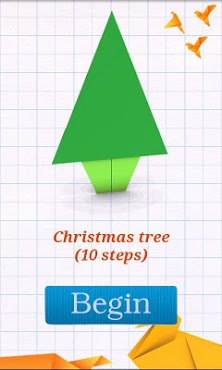 “OK, so everyone can fold paper in half. What’s so exciting about that?” you may say. But you’ll soon think differently when you learn more about the art of origami.
Remember making paper airplanes at school? And remember how someone, instead of an airplane, made a flower, a jumping frog, or a parrot? That was like magic. And they only had their two hands and a plain piece of paper. How did they do it? We’ll show you how.
The “How to Make Origami” app is simple and easy to use. Follow the step-by-step instructions and watch the 3D animation carefully. And don’t worry, you’d have to try really hard to get confused.
“Hey, that point shouldn’t be sticking out like that!” Something went wrong? That’s because even an airplane requires concentration and patience. Let this tranquil pastime completely absorb you, and your complete relaxation is guaranteed. You know, those wise Japanese invented a great thing.

By the way, origami develops logical reasoning, attention span, spatial thinking and fine motor skills. Consider that when you’re trying to keep fidgety kids busy.
Download for free over 70 traditional origami patterns for our app.
Origami is the ancient Japanese art of paper folding. Origami has become increasingly popular in Japan and the rest of the world. Many people enjoy the challenge of learning to fold traditional and non-traditional origami creations. This application will help you to get started.

Try making an origami piece yourself. How to Make Origami explains how to make well-known origami figures that people have been making for a long time.

Our instructions are clear and simple, with actual 3D-animation of the folding process to help you along.

Fold quietly, or your boss may notice!