A year and a dozen smart watches with Android Wear chooses Google collaborate with Inter and Tag Heuer to drop a very luxurious clever clock. Rumor says that smart watches will cost around 15,000 dollars which is still the gold Apple Watch Edition, but it should have less or no gold at all.

This cooperation for luxury smart watch is something new from Google. Google, which has developed cheaper products for more people to use their products. Android is the greatest example but Chromecast, Nexus tablets and smartphones, as well as Gmail, when it was launched. Maybe this is a new market that Google wants into which earnings per product sold is much higher, but the market is very small or you want Google to get the clock giant Tag Heuer into the smart watch market with Android Wear and not their proprietary systems. 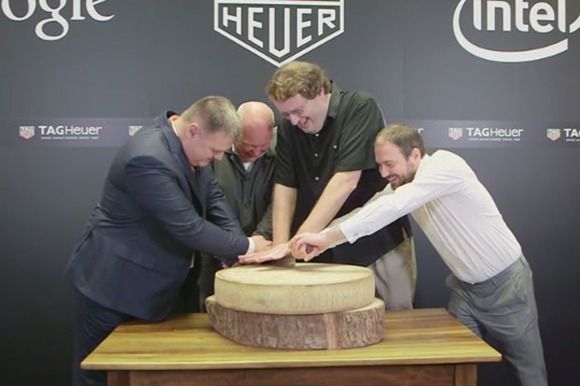 That Intel is having very positive. All smart watch manufacturers have used themselves out Qualcomm Snapdragon processor 400, which is designed for cheap handsets with larger battery than smart watches. Intel has probably CPU specifically developed for smart watches and other small products have small battery.

What comes out from this cooperation will be very interesting and we’re excited.