How to Remove Virus from Android Smartphone?

How to Remove Virus from Android Smartphone? – www.IndieTech.My.id, On more than one occasion we have wondered if our Android device is infected with a viru.  Virus on android? Because we are not the only ones with that doubt, because Android is one of the mobile operating systems, with greater influence in the world and also one of the most threatened by sending viruses and malware.

It may seem incredible, but the phones and tablets with Android, also suffer from infection by computer virus, although sometimes it is difficult to realize. Unwanted ads or unsolicited applications, and a strange device operation, are some of the signs that your system is infected.

How do you know that a virus is on your android mobile phone?

If your android smartphone or tablet is full of pop-ups and other intrusive ads, like engriks, but sometimes can be considered “normal” applications, you probably have installed a “adware”. When shows messages like “your battery suffered serious damage due to 4 virus” or “your battery is badly damaged,” they are usually false virus, masked malware that they are looking to scam the user into downloading any app additional charges for eliminate the problem.

Sometimes some malicious files increased data usage in order that our device is suddenly connected to a web site, click on an ad and download files of large dimensions or send SMS, and all causes have to pay high bills without any reason.

At other times, some malicious applications buy or download apps to Google Play or other unofficial stores. All these functions use unnecessary and that’s when a virus in our tablet or phone is installed.

Mobile malware is very complex and can steal passwords, data stored on the device and access credentials. There are also virus as applications where demand money to unlock the phone, but we must remember that no legitimate company operating within the law and apply terminal blocks our cash to unlock it.

Virus on Android, we will find countless contaminated apps, of dubious origin, malware, adware which will give us a lot of headaches. To prevent such infections, malware, adware, etc, my advice is to install official sources, such as may be the Google play store.

Your Android smartphone or tablethas virus, what to do? 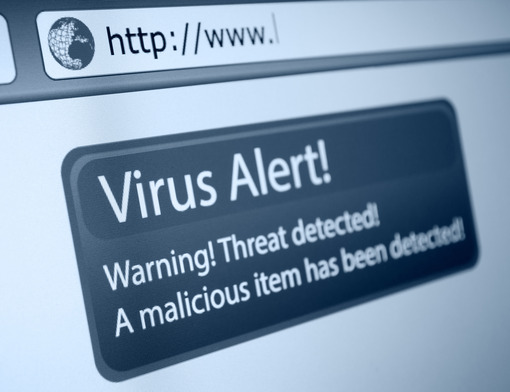 Time that you confirm that your mobile phone or tablet android has a virus and daily use of apps, games, etc. Internet has become a Kaos, it is time to react forcefully. Antivirus is in Google play, can solve the problem. It’s time after downloading some of the most popular of crap trying to clean our android device:

They have lot of antivirus for android in the store Google play, including the most popular and best rated by users are:

– CM Security AppLock Antivirus. Rated as the number 1 antivirus AV-TEST, this downloadable app from google play, has more than 100 million downloads and over 15 million reviews by users, giving it 4.7 stars out of 5.

– Mobile Security & Antivirus. This name may not ring a bell, but if you say that behind is Avast, may already have a little clearer. It has been installed in more than 100 million Android devices and has a score for their share of more than 3.8 million users, 4.5 stars out of 5. With what we can give it a try and see if our headaches, are completed.

– AntiVirus FREE. Nor it will sound by that name, but behind is AVG, another security company well known in the world of computers. It has over 100 million installations and a score of 4.4 stars out of 5.

If the antivirus android not clean and can’t remove virus on android, try hard reset, or reset to factory mode

But there are some special cases of malware and malicious apps, the antivirus can not remove it effectively.

Therefore you have to use brute force and a way that can wipe out the virus or malware, remove it entirely, it is restoring the factory so the android device, also called a hard reset, which will leave it as it came from the factory, when we get from the box.

The recommendation before installing any software on your device is read “Application permissions” nobody does anything right ?. Also consider the apps downloaded from Google Play, often have filter Google, so they are safer than other apps, downloaded from elsewhere or app stores. Alternatively already mentioned, is to install a good antivirus, of which there are to choose from in Google play, major security companies know much use on our computers. Or, an application to optimize the performance of our system.

A highly recommended app for optimizing our operating system is Clean Master since not only optimizes the device memory, you can also manage storage and applications, and we can clean our platform junk files.

Best of all is that it includes a transmission privacy, security and antivirus, which can be used to scan your device and thus receive a report from malicious apps that may affect your mobile phone or tablet.

And you, have you been infected with a virus or malware on your android tablet or phone? We hope that this tips on how to remove virus on android smartphone or tablet would be helpful, and leave your lived experience below, it sure is useful for other android users, who have had the same problem.