Difficulty falling asleep? Now, Apple should make it easier for you.

Belongs also the mass that ends the day by looking at the smartphone? Now, Apple has created a feature especially for you in iphone. Staring into the handset just before going to sleep disrupts namely your sleep cycle and can make it harder for you to sleep. According to researchers, this is because the bright blue light coming from our screens.

The light triggers functions of our body that slows the production of the melatonin hormone is produced when we are sleeping. The hormone is held back naturally during the day when we are exposed to sunlight and this helps us to keep us alert. But when we fall asleep screens have the same effect, making us alert when we really do not need it. 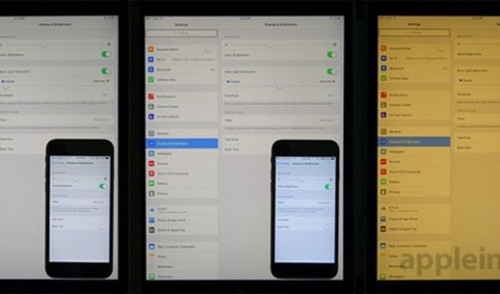 Apple promises now that the new iOS 9.3 will have a feature called Night Shift. The function of this Night Shift feature should keep track of when the sun goes down and as soon as this happened, your monitor’s color will change slightly. Instead of the blue light will have a warmer tone, announces the technology giant. This type of light is not the same type of effect and is less damaging to your sleep cycle.

Apple is not the first on the ball with this Night Shift iphone mode. Amazon introduced a similar feature for its tablet in December as they call Blue Shade.